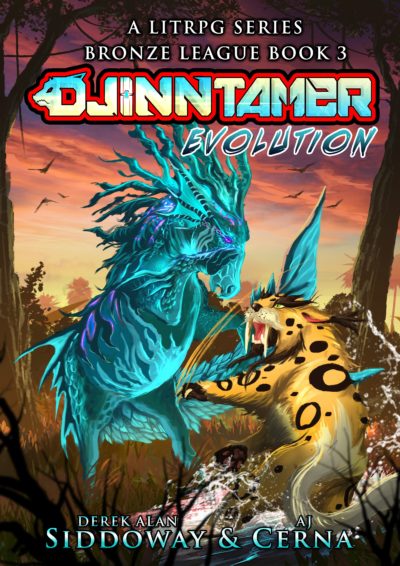 Welcome to the big leagues.

Jackson Hunt has spent countless hours training his team of monsters and battling rivals as an up and coming Djinn tamer. All his hard work, the stunning wins, and heartbreaking losses lead to one place: the league playoffs.

But what got Jackson where he is won’t be enough to take him to the top.

As the season draws to a close, Jackson and his friends find themselves far away from the stadiums and crowds, searching for a means to take his Djinn to the next level. The strength he seeks lies in a remote, untamed corner of the world, where myth and legend walk hand in hand.

Competition for the championship will be fierce and the dangers of the wild are only the beginning. Is Jackson ready for the biggest battle of his young career?

Skills will be tested, new powers unleashed. Victory won’t come without a cost.

Evolution is the third book in Djinn Tamer, a monster battling, GameLit adventure series for fans of Pokemon, Digimon, and Monster Rancher.