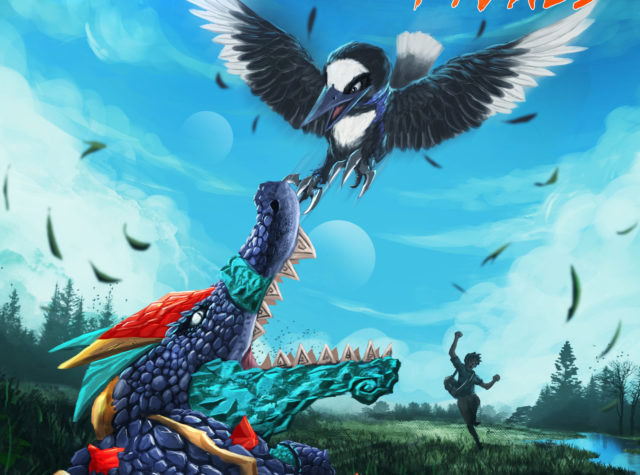 Congratulations. You have taken your first step into the world of Djinn Tamer.

You may be asking yourself, “Where in the world am I, and what are Djinn?” Well, Djinn are monsters used for various purposes in the world of our new monster-battling GameLit series Djinn Tamer. Specifically, for our lead character, Jackson Hunt, they are used to fight in the Djinn Battle League, an organization where tamers come together to compete against one another.

If you’re a Pokemon fan, chances are you understand completely what I’m talking about — it’s very clear that my co-author Derek Alan Siddoway were heavily influenced by Pokemon. But among our other various influences are other monster-battling stories like Digimon: Digital Monsters, and other light JRPG elements thrown in. And if you don’t understand what I mean by all that, and it feels complicated, don’t worry. While we think LitRPG fans will find the series fun, it’s also meant to be accessible to those interested in the premise but unfamiliar with the genre.

But enough talk from me for now. I can run my mouth all day, but it won’t do as good a job as the actual book will — which is currently available on Kindle for 99 cents! That’s right! 99 cents for 300+ pages of monster-battling action. But it’s only for a limited time, so be sure to grab your copy today!